No Widgets found in the Sidebar Alt!

Take a close look at the photo above.

You’ve probably come across the picture on the left while surfing Pinterest or other sites; I’ve seen something like it maybe a dozen times now. It’s a method for cleaning a pack and play, usually with the caption “how to PROPERLY clean your pack and play.”

The picture on the right is my own pack and play mattress, and here’s the kicker:

It’s the AFTER photo.

My husband, toddler, and I were going out of town for a three-part, week long trip. The last night of our itinerary was to be spent in a hotel where we’d need our pack and play for our daughter to sleep in.

The day before leaving for this trip, I decided it would be a good idea to deep clean the pack and play.

Side note: don’t try cleaning your kid’s gear for the first time right before you leave for a long trip.

Anyway, I’d seen this method on Pinterest quite a lot, and at the time, it seemed like a pretty good idea. They say to soak the pack and play in the bathtub with a mix of warm water, detergent, and vinegar. Then you rinse it off with a hose and let it dry in the sun on a warm day.

I had all afternoon and evening and until about 2:00 P.M. the next day, which seemed like plenty of time for drying. We’d been having a hot streak and very little rain all summer, and I guess I just assumed that kind of weather would go on forever.

So off I went on this cleaning adventure. I didn’t have any vinegar on hand, so I filled the tub with just the hot water and laundry detergent. I pushed the pack and play into the sudsy water and left it for 45 minutes.

All seemed to be going well.

When I came back to drain the water, I found it very dirty (though some of that was just the ink bleeding out from the material since it had never been washed). That was expected, but the water was also giving off a strange smell. The scent was like essential oils gone wrong, as if Graco had infused the internal mattress cushion with lavender to help babies sleep and the detergent had activated it to a nauseating degree. Puzzled, I let the water empty from the tub so I could start the rinsing and drying process.

I started to pick up the mattress and almost keeled over.

To my horror, I discovered that in the course of its hour-long soak in the tub, the mattress had accumulated over a gallon of water just under the canvas layer of material on top—between the thickly-woven fabric and the cushion was a bulging dam of trapped, filthy, distorted-lavender scented water, and it was heavy.

Without thinking, I heaved the mattress up with all my might and waddled it as fast as I could through the half of my house standing between the bathroom and the back patio, dripping nasty liquid on the carpet as I went. I dropped it on the concrete—splat—cringing at the dirt it was now sitting in after having just been soaked. I went back for the crib frame, which was a lot less heavy, and brought it out, too.

It was then I noticed it wasn’t nearly as bright outside as it had been a couple hours before. I looked up and saw dark, foreboding clouds rising up above the roofline of the house.

If I could just get the pack and play rinsed off in time, I could get it inside the mud room until the storm passed and put it back out later. I rushed to ready the hose and sprayed down the crib frame while the mattress sat propped up against the fence, hopefully draining out.

But it didn’t drain. It dripped and it leaked, but it would not release its ridiculous sack of disgusting water.

Flabbergasted and starting to hear faint rumbling in the distance, I desperately called my husband for a second opinion.

He offered me his Swiss army knife.

Internally face palming, I stabbed into the corner of the canvas material and sliced a slit to allow the water to drain.

It was as if the cushion had sponged up all the detergent in the tub and clung to it for dear life.

I never got it fully rinsed out; after ten minutes or so, I was out of time. I actually considered just leaving it out in the storm to let the rain work on it, but I thought things were bad enough and I might as well not make it any worse.

Oh, but it did get worse.

I brought it all inside to dry on towels overnight in the mud room, not expecting to make much progress overnight. I’d just set it outside in the morning sun and hope I didn’t mildew it by leaving it so damp for so long.

But the next day was cloudy and humid.

By the afternoon when we had to get on the road, the crib frame was actually pretty dry, but the mattress was still so wet, stinky with its weird lavender smell, and heavy from the added dampness. We had no choice but to pack it up and hope to keep drying it when we reached my husband’s parents house. Thankfully, they have a crib there, so our daughter could sleep on something else while the mattress dried out (the pack and play was for the last night of our three-part trip).

Then we forgot it in the car overnight.

It seemed okay, though—at least, no worse than when we’d embarked on our journey—so we set it outside in the air to dry and asked my mother-in-law to bring it inside in case it rained. My husband and I left for two nights to enjoy our anniversary while our daughter stayed with her Nana and Papa (did I mention this was our anniversary trip?).

When we returned, we found the pack and play on towels in the kitchen with two floor-stand fans blowing full speed on it, and my mother-in-law apologizing and offering to replace it as she thought our daughter had to sleep on it that night. Apparently, they’d forgotten about it too, and it sat on the back patio during yet another summer thunderstorm.

Needless to say, it didn’t have time to dry before we left. We assured my mother-in-law that we didn’t need it that night and we’d just dry it out when we got to my husband’s brother’s home two states away that evening. He and his wife had a pack and play for their own toddler they were letting us use while we stayed with them.

So we laid the mattress out on the roof of our minivan when we arrived. By the next morning, it still hadn’t dried.

Finally, we threw it over their chain link fence in the hot sun and gave up on it.

It did eventually dry out, and unfortunately we had no other option but to cover it with two crib sheets that night in the hotel and have our daughter sleep in it. After everything it had been through though, it was never the same.

It’s now covered in stains, including a rust stain in one spot, maybe from the metal fence where it spent its last drying day. One of the corners has the fraying hole where I tore into it like a madwoman that first night. It’s no longer flat, its structural integrity undermined by soaking, bowing under the weight of the water bulge, folding, draping, sitting damp, and slumping over a fence.

And somehow, it still gives off that nightmare lavender smell.

Inspecting the damages later at home, I discovered this little note on the mattress tag:

And friends, that’s why you should always check the manufacturer’s instructions before trusting the Internet.

5 Things I’ll Do Differently With My Second Baby

3 Things You Didn’t Know About Your Postpartum Body

February 10, 2021
kait2478
Leave a Comment on 3 Things You Didn’t Know About Your Postpartum Body

Teaching a Toddler to Wear a Mask

One thought on “My Pack and Play Cleaning Disaster” 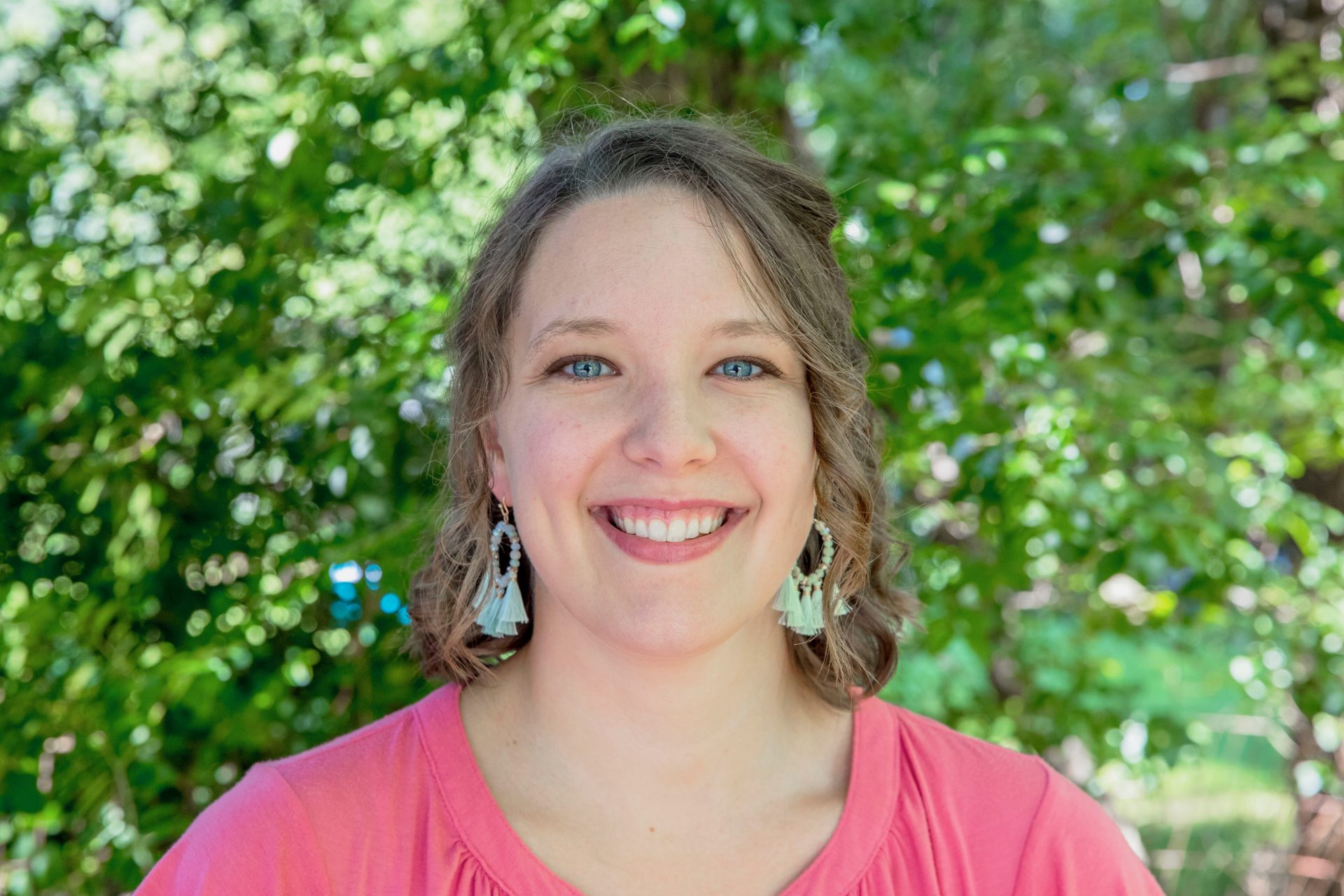 Breaking into motherhood felt like my baby did in my womb: upside down! But that was only the beginning. I’ve survived a C-section, the NICU, formula feeding, postpartum depression, and more—and I’m eager to share my experiences to help other first-time mamas! Everything here at Breeching baby is geared toward making motherhood smoother, easier, and sweeter! May these resources meet you in both the hard times and the good.